Join us for these upcoming events on Korea Peace

Writers Grace M. Cho and Gary Pak will share their work and engage in a conversation about separated families, the traumas of war, and the importance of lifting the ban on travel to North Korea. 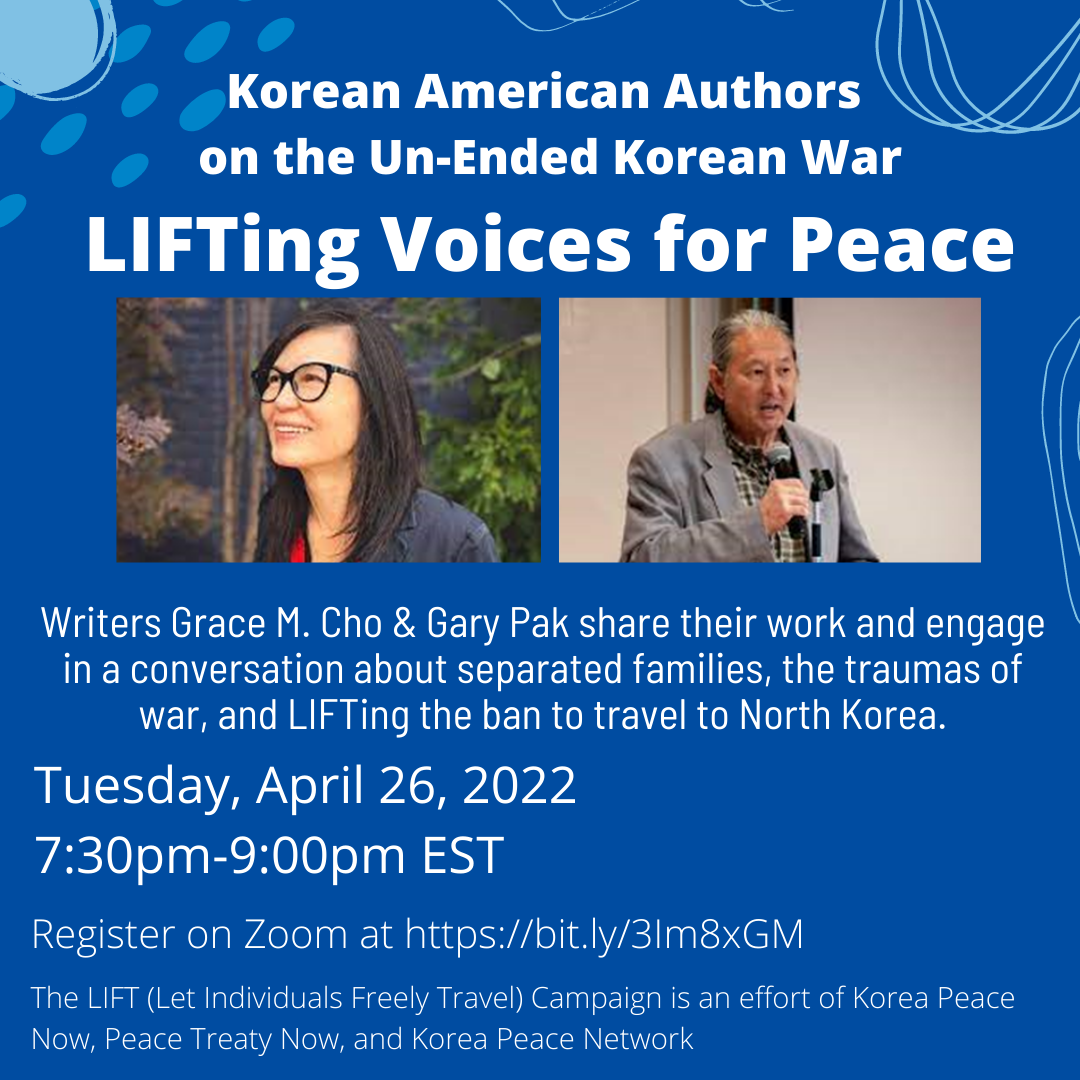 Grace Cho, who most recently is the Winner of the 2022 Asian/Pacific American Award in Literature, was a  Finalist for the 2021 National Book Award for Nonfiction, and whose book Tastes Like War was A TIME and NPR Best Book of the Year in 2021. She is a professor of sociology at CUNY; her previous book, Haunting the Korean Diaspora, was published in 2008 and she is an active scholar.

Gary Pak was a professor of English at the University of Hawaii until his recent retirement. He is the author of many works, including The Watcher of Waipuna and Other Stories, A Ricepaper Airplane, Children of a Fireland, Language of the Geckos and Other Stories, Brothers Under a Same Sky, Chon-go Ma-bi / High Sky, and Horse Fattening: Essays on Contemporary Korean Culture. He co-edited Yobo: Korean American Writing in Hawai‘i (Bamboo Ridge Press, 2003). He has published a children’s play, Beyond the Falls, which was produced by the Honolulu Theater for Youth in 2001. This event is hosted by LIFT (Let Individuals Freely Travel), a campaign to reinstate the long-standing US policy that allowed US citizens to travel freely to Democratic People’s Republic of Korea (aka North Korea).

Secondly, for those in the Los Angeles area, CROSSINGS will have its West Coast premiere at the Los Angeles Asian Pacific Film Festival on May 10! Filmmaker Deann Borshay Liem and Christine Ahn will appear in-person. Ticketing for the general public will be available starting Friday, April 15 at 5pm PT here.

Watch the trailer for CROSSINGS by clicking on the image below: 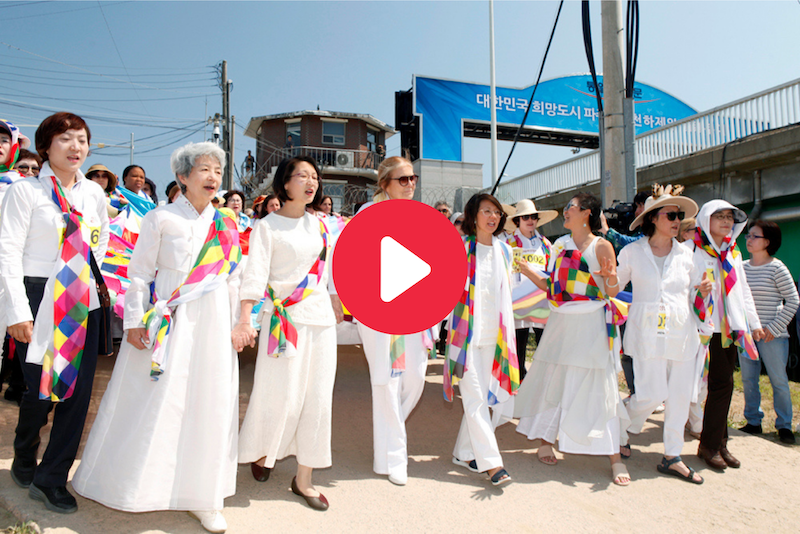 We hope you’ll join us!

Call for Peace, Not Military Threats

Later this month, the US and South Korea are set to conduct combined large-scale military exercises. We call on the governments of South Korea and the United States to suspend the combined military exercises and instead actively pursue a path to peace. Urge your Member of Congress to cosponsor H.R.3446, the Peace on the Korean Peninsula Act, in order to support peace and reconciliation, not military confrontation and pressure. 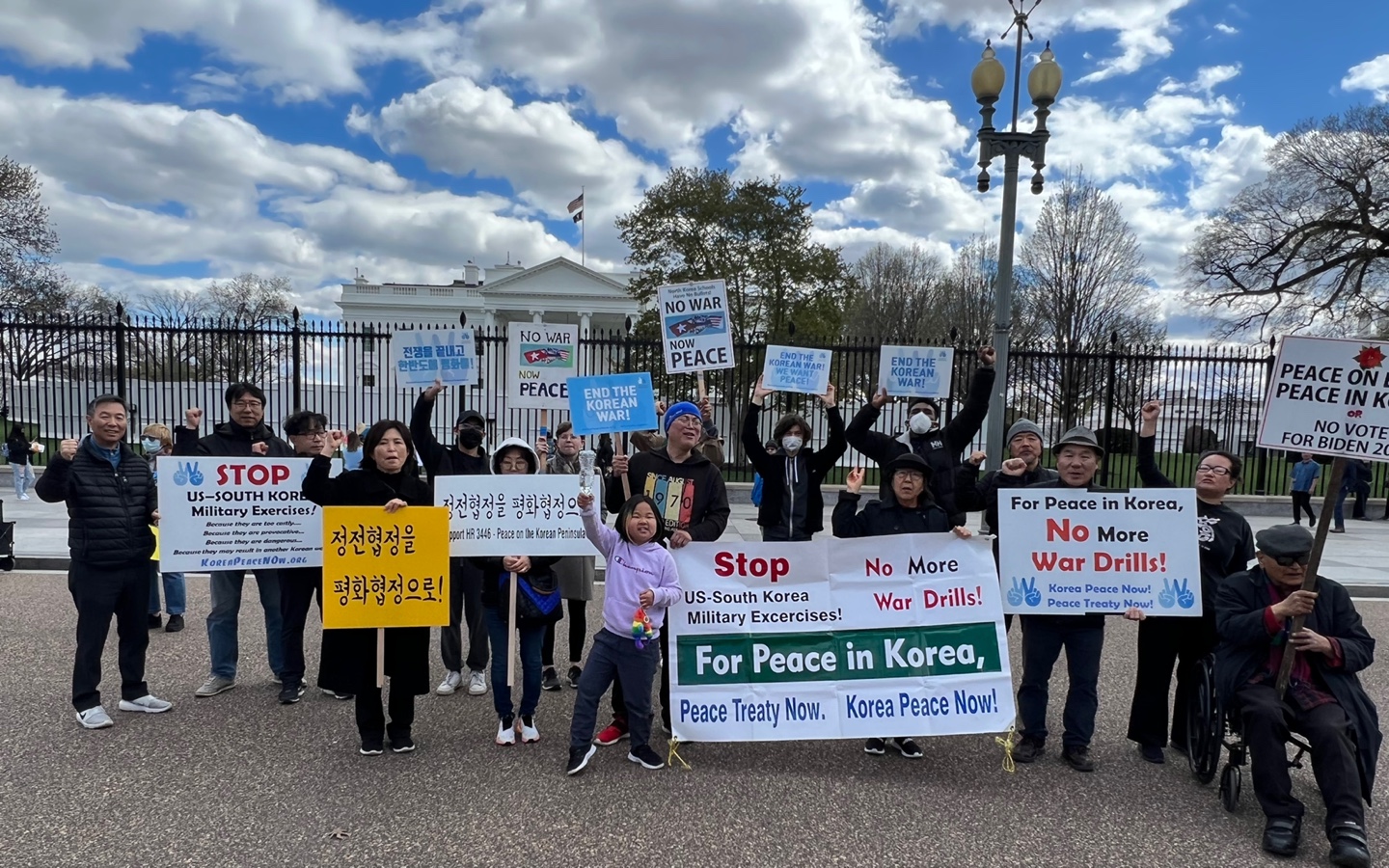 April 23, 11:40am-1:30pm ET: Human Chain to Unite 2 Koreas: The 6.15 NY Committee for Reunification of Korea will stage a human chain from the North Korean to South Korean UN Missions in New York to symbolize our dream of bringing the two Koreas together. Meet at Dag Hammarskjold Plaza at 2nd Ave/47th St. For questions, email soobokkim000@gmail.com or mjang_us@yahoo.com. 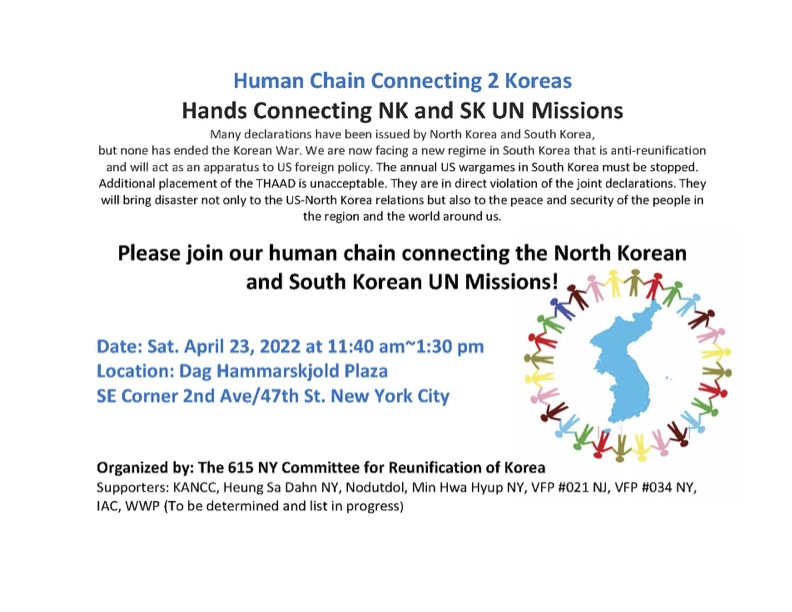 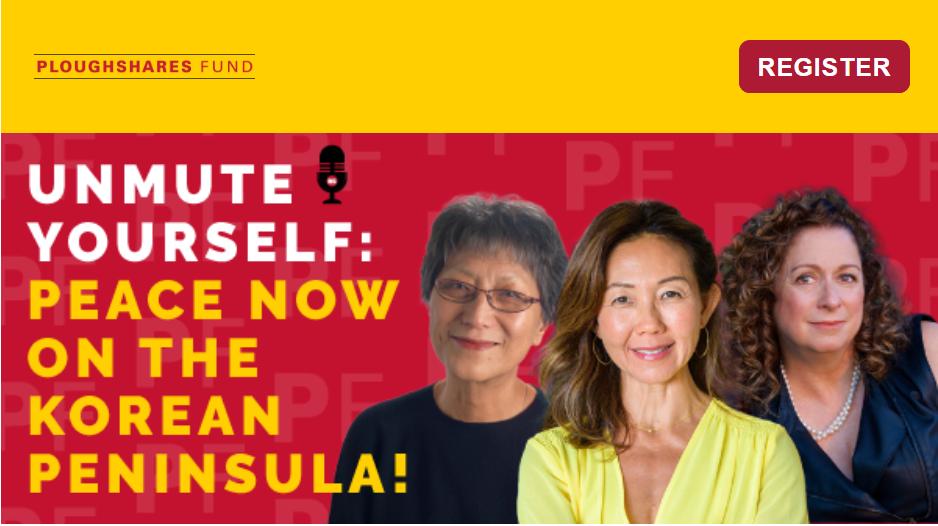 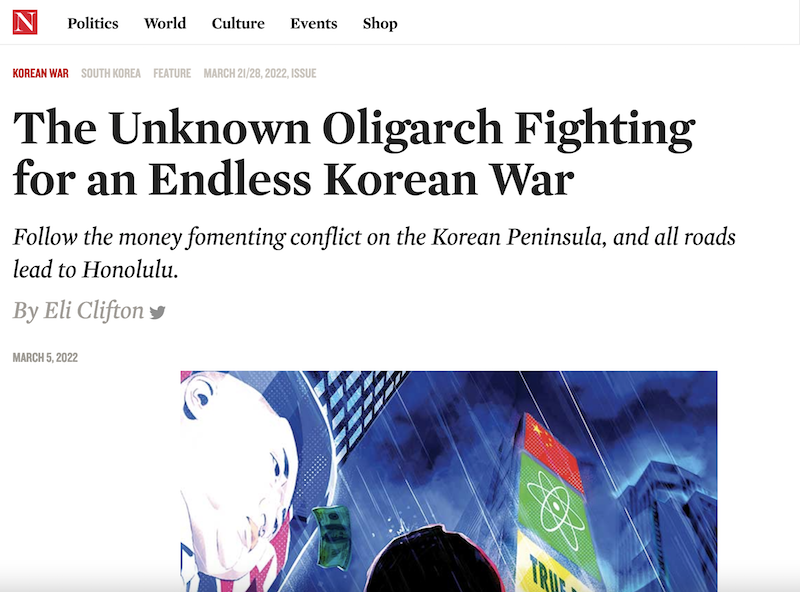 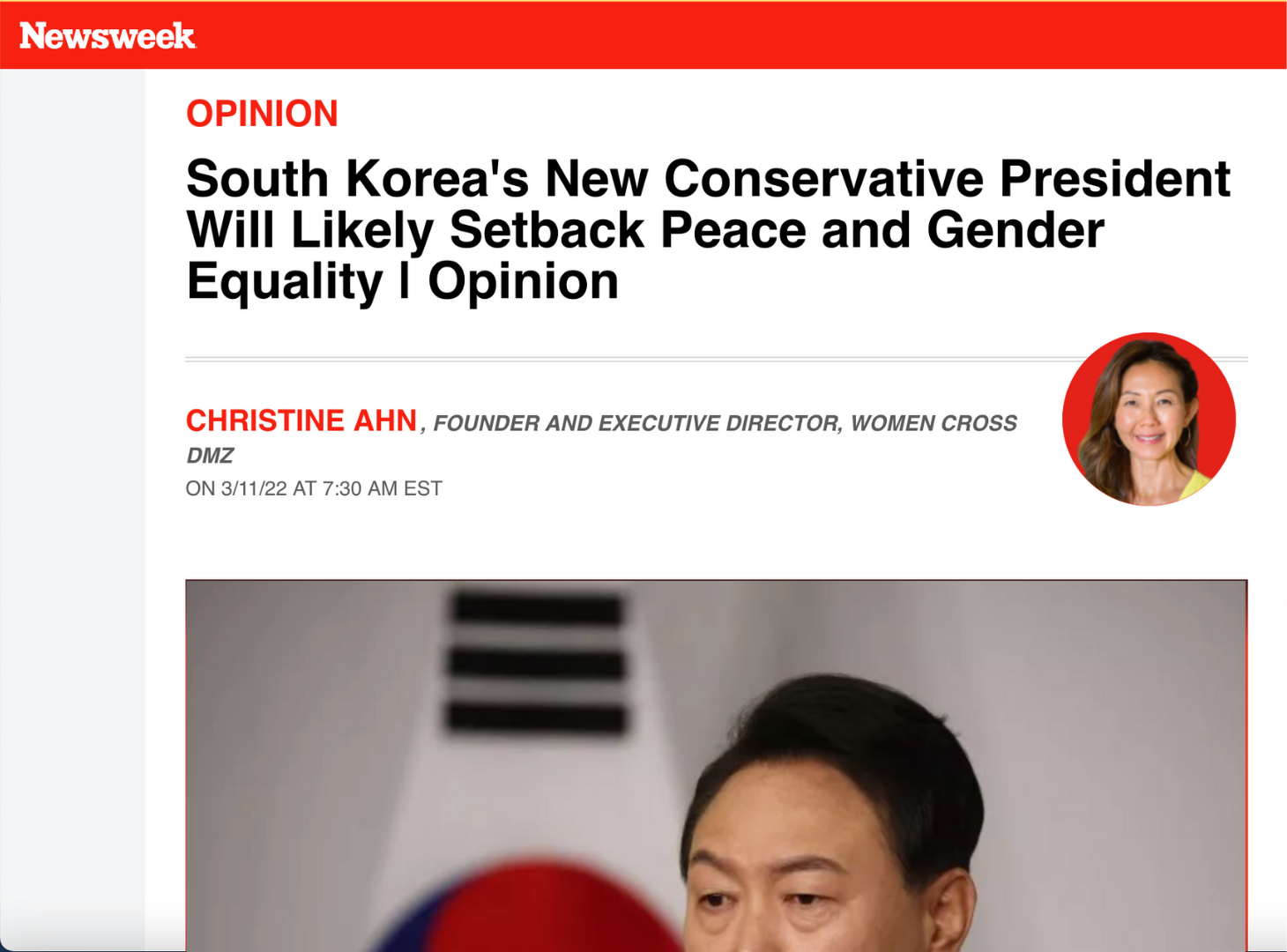 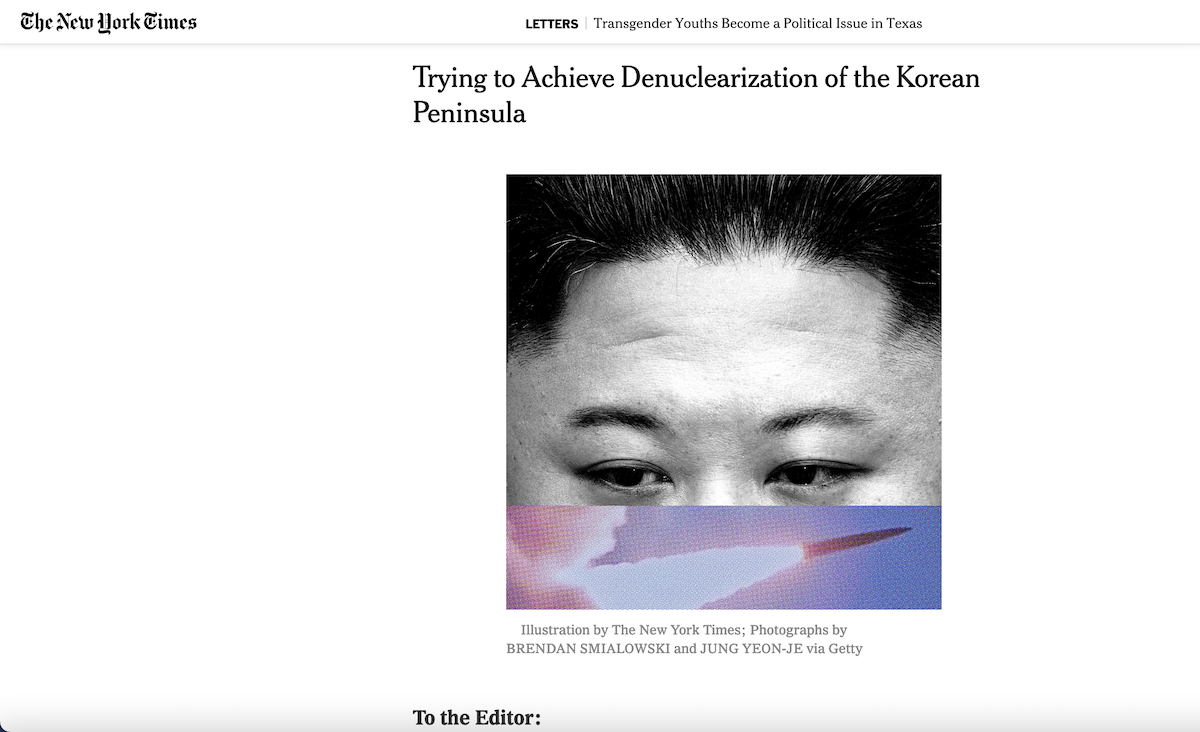 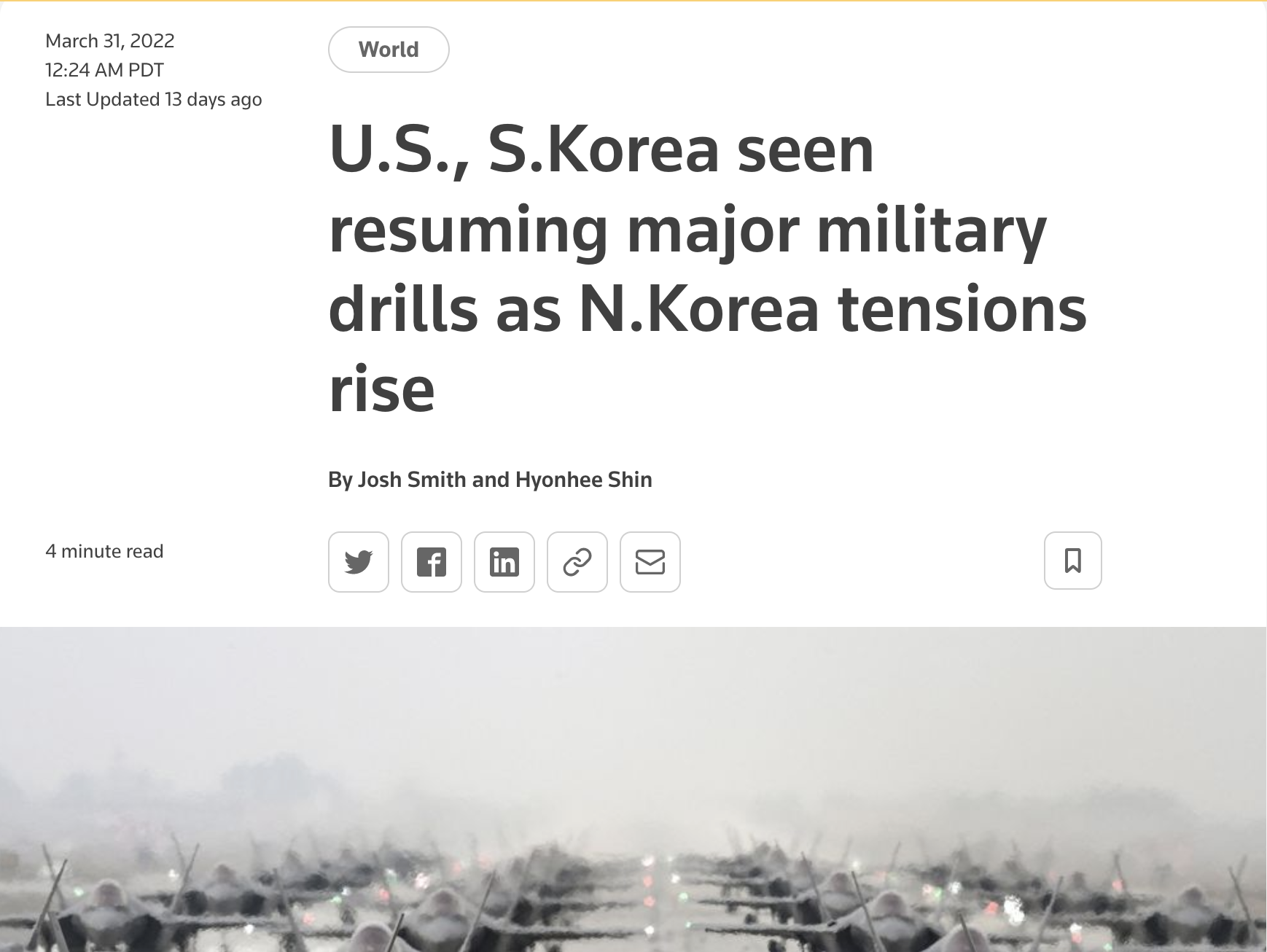